The following is a selection of audio essays by Dan LaRocque originally broadcast on CBC Radio's todradio.com. Tune in Tuesday nights live in RealAudio from 4:00 pm Eastern or at 8:00 pm on your local station. 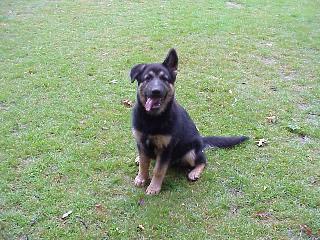 Dan LaRocque is a writer from Vancouver now living on Vancouver island where he runs the hardlabourfantasycamp.com. He is a proponent of Cascadian separatism and was first to rally to the cry, "This Bank Can Blow Me". His highest honour remains the Pounding Hart Trophy awarded by the Okanagan Spring Brewers Hockey Club in 1997 to the hardest working player at both ends of the ice.

The first time I ever considered a marriage of small towns and technology was in 1988. I'd gotten a lift from a young farmer in a low brown Cadillac. Jim Long was his name, on the way home to Lloydminster from a conference in Regina. He talked about Tommy Douglas and Monty Python. He told me if the Nabob man ever swept his crop off the table with a stick, there would be some serious unhappy days ahead. He showed me his quarter section, his barley and the deer that were both his neighbours and his jerky. I could see it was all very beautiful, but had to ask, "Don't you ever get bored?"

He told me yes, sometimes, but that if he ever truly hankered for a crowd, all he had to do was drive down to Regina, connect to Vancouver, or Paris or Rio, and be front row and elbows deep in a matter of hours. As it was, he had a satellite dish, a radio and a Cadillac, and that was all the in touch he needed.

7 years later I tried it myself, That experience with living wired in the sticks ended in disaster, or at least insolvency. That was back when everybody seemed to be working for free, not just Amazon.com. and though I was getting all the information I could ever want, you can't eat information. I learned you're better-off living as a farmer and a hobby writer than as a writer and a hobby farmer, and neither of them holds much weight with Citibank.

I went back to Vancouver where the money was, but I still believed technology could hold some key to backwoods living. We count on our cities to provide work and goods and more work and diversions. A place to find love and sex, a place to get lost but we're reaching a point where technology can satisfy all of those needs without your leaving the house, so you may as well put that house somewhere pleasant.

But for more than just day traders living low rent and white collar, technology can help small towns develop an economy beyond the pulp mill or the empty nets. If small b&b owners or horse-loggers or needlepointers or mail-order sloganeers can make use of a spot on the world market, small towns could see a return of their young people and the noises they bring with them.

That's the theory anyway and I just bet the farm on it. For Todradio.com, this is Dan LaRocque in Whisky Creek, BC, future home of the hardlabourfantasycamp.com

It's hard not to notice when you're being snowed by a pitch man. I mean, how advanced can a toothbrush get.

I've come to know advertisers for what they are, as purveyors of greed, polluters of youth, objectifiers of love and beauty and heartless pushers of drugs and ideas that cripple our bodies and souls.

But who's counting? I love ads. I love them like a smoker loves his habit with every lung-wrenching tar-chucking good-morning hack that makes him feel alive.

I love ads because they titillate me, they infuriate me, they comfort me and stroke me and cause me to shout for no reason. They patronise me and in so doing make me feel smarter than I am.

I love ads for ads have run oh so deep in oh so forever that we are walking ads ourselves. Ads often for the products that we buy but, even more odious for the very lifestyles we buy into. Some are blatant, to be a 'Tommy' Boy or a Gap Kids' mother, others are less obvious but they exist because we are trained to read them in a glance.

From my t-shirt of the rock-band that no-ones ever heard of, to my truck and my dog and my army of three, I advertise myself so that others may cross over and join me here on the darkside. I work harder at it than any ad executive ever could without giving it a moment's conscious thought. Because if I do my job and sell it well I will have fulfilled my most basic and only meaningful purpose To flood the earth in the likeness of me.

Literacy? That's a laugh. I haven't read anything longer than an email since my first 14.4 modem and 4 megs of ram. Just the facts ma'am, verbs and objects only. I can guzzle three magazines cover to cover over dinner, even more if the pictures are in colour. Give me a slogan, a tag-line, a single-panel comic strip, that's the ticket.

Literacy? This is it.

For me and many others who prefer to make their own decisions, the beauty of the internet is that there is no moral standard. It's too large and fast-moving to be effectively policed, and there's far too much profit in the 'immoral industries' to allow itself to be controlled by government. From the early days when alt. stood for anarchists, lechers and terrorists, online was a place without the heavy hand of church or state.

These days you can be into any romantic deviation you can imagine and chances are, if you float that balloon, you can find a like-minded soul. Imagine your surprise to find thousands. And no matter how depraved your tastes may seem you can always find someone just a little sicker.

The moral standard of yore went out with the missionary position, now we have virtual swingers, cyber-spankings and live chat with perfect strangers about topics we may have buried a scant ten years ago. So hats off to the lad from Medicine Hat finally able to admit to his particular kink, and find he's not such a freak after all.